A Brief History of the Modern Rite in Brazil

The Very Mighty and Sublime Grand Chapter  of the Modern Rite for Brazil (O Muito Poderoso e Sublime Grande Capítulo do Rito Moderno para o Brasil ) was founded by Manoel Joaquim Menezes, in 1842 under the title of The Grand Chapter of Blue Rites (O Grande Capítulo dos Ritos Azuis).  It was accepted and recognized as Grand Head of the Modern Rite in Brazil by the Grand Orient of Brazil.

On November 25. 1874, it chose to operate under the name of Grand Chapter of the Modern or French Rite (Grande Capítulo do Rito Moderno ou Francês). The designation of The Very Powerful and Sublime Modern Rite Grand Chapter for Brazil (O Muito Poderoso e Sublime Rite Modern Grande Capítulo para o Brasil )was adopted on March 9, 1953. On June 7, 1976 it was renamed The Supreme Council of the Modern Rite for Brazil (O Supremo Conselho do Rito Moderno para o Brasil).

The structure of the Modern Rite works with 7 Degree (3 symbolic and only 4 orders of wisdom until 1999. During that year using its unquestionable legitimacy it authorized the V° Order be restructured with two new Grades 8 and 9:

Previously in Portugal, these grades, under the names of Kadosh Perfect Initiate (Grade 8) and Grand Inspector (Grade 9) were worked in the Modern Rite. 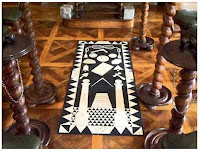 Regardless, putting into practice the V° Order derived from those contemplated in the regulations of Grand Chapitre General de France in 1784 with respect to V° Order is varied depending on the various Bodies of Higher Modern Rite degrees today, but absolutely legitimate in application and use despite its formal diversity.

The first 3 degrees Symbolic Lodges meet in Lodges affiliated with the (in this case) the Grand Orient of Brazil. 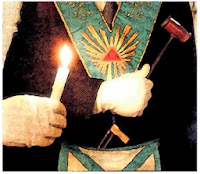 Grades 4-7 (I to IV Order: Chosen, Elect Scottish Knight of the East, Knight Rose-Cross) gather in the designated Regional Sublime Chapters, Grade 8 (V Order) meets in the Great State Council Kadosh And Grade 9 (V Order) meets in the Supreme Council of the Modern Rite, which has national jurisdiction over all Philosophical Degrees.

The level of equivalence, in Brazil,  states that Grade 8 corresponds to the 30th Degree of the AASR and grade 9 is 33°.

Finally,  we strongly recommend an excellent book published by the Supreme Conseljo do Rito Moderno entitled: "The French or Modern Rite: Freemasonry for the Third Millennium".

This is a really exciting book that faithfully captures the experience of the Modern Rite in its pure form.

The Spanish edition is translated by the Circulo de Estudios del Rito Francés "Roëttiers of Montaleau" to whom the Modern Rite Supreme Council has generously given its authorization. 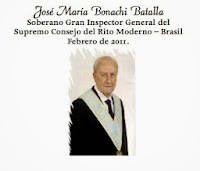 References and appreciation to the following authors for this material: