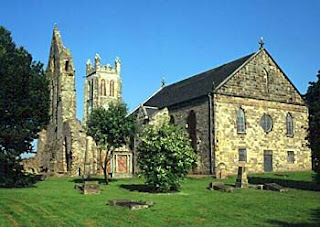 The Good, The Bad, and the Ugly - Freemasonic Version

Welcome!
With this post we begin sharing some posts in english language written by our Brother Eoghan Ballard, a member of UMURM form United States. We hope you really enjoy it and if you liked it, share it!

Many thanks
Olga Vallejo Rueda
President of UMURM
Sup:. Comm:. of SCRME
Gr:. M:. of GLMAE 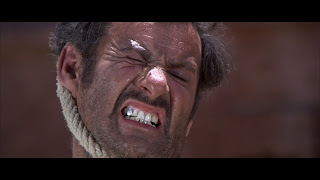 Cue the drums and the Andean Flutes, crane your necks looking for Clint Eastwood. No, you won't see Clint here, although depending on whom you ask, Clint either is or isn't a Freemason.  I'm frankly indifferent about that, although I have enjoyed some of his films. I especially like his quote to the effect that "I tried being reasonable. I didn't like it."

However, you don't not really expect me to talk about Clint today, nor about Westerns as a hollywood genre. I am turning my gaze, perhaps not surprisingly at the recent unpleasantness relating to Georgia, Tennessee, and other Masonic Jurisdictions in the United States. I have read all the required blogs and have been giving close attention to what various members of various jurisdictions and obediences have had to say about this subject.

A particular type of remark caught my attention and set me to thinking, mostly about a response. A few expressed their annoyance that while the media tends to ignore their good works, it will focus sharp attention on their problems. I don't think they had the presence of mind, or perhaps the honesty, to refer to this current unpleasantness as a failing. Some others wished the attention away, but a few actually went so far as to opine that such public attention to Masonic unpleasantness was unfair. 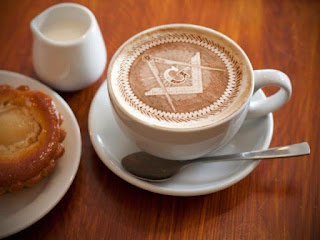 I spit my coffee across the room when I read that one.

I mean, really, what could possibly be considered unfair about it? If you make the audacious claim that you exist to make good men better, then you have to expect to be called upon the carpet for behavior which is clearly other than that. Now, some will claim that their morals teach them that homosexuality is wrong. In theory, standing up for your morals when the larger society eschews them, is a courageous thing to do. However, let's examine this claim for a moment. I am not interested in taking a stand on whether homosexuality is right, or moral, or even natural. Everyone has their views and they're welcome to them.  The issue in this case is not really about morality, and I will explain why.

Freemasonry also claims to not be a religion, and to not demand of its membership more religiosity than "that religion in which all men agree." Anderson further goes on to specify what that is. Here of course, is where most North American Freemasonry, have gone wildly astray, that he means Masons should be "Good men and true, or men of Honour and Honesty, by whatever denomination or persuasions they may be distinguish'd..." That in fact leaves a lot of room for interpretation, and a semanticist might well argue that the term persuasion might refer even to one's gender preferences.

The jurisdictions whose decisions have generated this row within Freemasonry are most certainly not following Anderson's dictates, though I have no doubt they will argue that they are. They are, whether you agree or disagree, following the teachings regarding sexual practices proposed by a specific segment of the Christian religion. That simply isn't Masonic according to the narrow reading of Masonic literature and law. Of course, Masons have always interpreted these things whatever way way they wished, and so long as that was considered the majority opinion where and when they did so, no objections were generally raised. Meeting behind closed doors created a sense of insularity, which over time evolved into a sense of imperviousness. The notion that I am right and nobody will criticize me. Eventually, this gave rise to the reaction that should someone criticizes "our way", they are clearly not Masons and we can ignore them. Of course, while this may have appeared to be a realistic assessment of the circumstances, it was never a rational one, nor was it right. I mean right in both the ethical and the pragmatic sense.

Allow me to reiterate, so that nobody misunderstands my intentions. I am not staking a position either that Freemasonry should nor that it should not admit homosexuals to its membership. My personal view is no more relevant here than the fact that there already are plenty of gays initiated into "mainstream" North American Freemasonry. The question being debated by most is whether the membership determines if they should be allowed to be, and also, who that membership is. In other words, who has a vested interest in the matter and how does that interest play out. 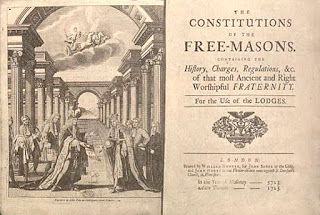 That's where things get interesting and in my opinion, far more interesting than the question concerning sexual orientation. Society at large has changed its view rather rapidly on this matter over the past few years, and quite a few of us who have been on the planet for a half century or more are frankly surprised at how swiftly the shift was when it finally became a matter for popular decision, regardless of our personal views. This sudden shift of course, left those, of whatever age, who didn't agree with the new public ethic, with a serious case of cognitive dissonance. After all, most of us were taught from an early age, either trough direct teaching or more subtle privately and not so privately expressed opinion, that gays were not normal. It stands to reason that a fairly conservative institution such as Freemasonry has become, would move slowly toward any change.  Such conditions reigned for a long time within Freemasonry, and thus allowed the racial ostracism which remains normative for far too much of North American Freemasonry to continue until today. It also has kept "mainstream" Freemasonry in the US, gender specific, even after our society as a whole has rejected that approach to matters. In UGLE style Freemasonry in the USA, it is still 1945. In point of fact, the majority in our society have decided to be accepting of sexual preference to a far greater degree than are accepting of either gender equality or racial difference. Ironically, there's probably more tolerance today for the idea of gay marriage than there is for interracial marriage, and that decision was decided back in 1967 with the supreme court decision of Loving v. Virginia.

I'm not trying to damn mainstream Freemasonry for any of this. It is what it is. But here, in this discussion, recognizing the reality, whether you care to or not, is important. Here is why it is important, and why actually airing all this dirty laundry in public is a very good thing for Freemasonry.

As I said a few paragraphs back, Freemasonry claims to be an ethical organization. It also claims to have as its goal making good men better. It supports the idea, in theory if not in practice, that each individual must come to their own process of self improvement through serious internal introspection. I will note, that while Freemasonry seeks to educate and expects certain standards to be embraced, it consciously states that its members must discover these things for themselves. Freemasons are supposed to work through the process of self improvement and it is a personal one. In doing that, Freemasonry has, intentionally or otherwise, hoisted upon its own shoulders the weight and responsibility expected only of those with the highest of principles.

So what are we doing, complaining when other Masons and the public beyond Masonry, the "dreaded cowan" do exactly that - expect us to stand up and show that we stand for "that religion in which all men agree" and that we be "Good men and true, or men of Honour and Honesty, by whatever denomination or persuasions they may be distinguish'd..."

In point of fact, Freemasonry can only be hurt by its own choices, and it can only be raised up and championed as a result of its own actions. In shedding light on what we think and believe, the public attention is aiding Freemasonry in reaching its own goals. How we will be judged by the public will in large part be the result of whether we pass our own test.

North American Freemasonry is both the benefactor and victim of its own history. It has unprecedented institutional freedom. Each state represents its own jurisdiction answerable to none but its own members. It also however, has come to believe the fiction that because those so called "regular" obediences are all under the eye of the UGLE, that they are somehow one body. What we see today in the battles being waged over the decisions of Georgia and Tennessee, are in part the result of the opposition between historical fact and the fantasy of self identity. 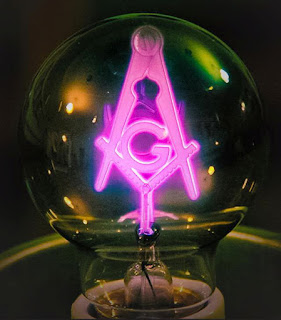 Regardless of those conflicting views, Freemasonry should welcome this as an opportunity to bring more light rather than heat to the situation. Freemasonry should look at this as an opportunity to polish the rough ashlar a bit more. Rather than complain, Masons should recognize that the public in fact views them as an institution that claims to hold itself up to the highest of standards, and are giving us the opportunity to see reflected in public, just how well we live up to such claims. Believing in either one or the other decision, if it is viewed as based upon what one recognizes as
moral, after due consideration and deliberation, should be something that any Mason would welcome. As a Mason, if you are uncomfortable voicing your choice for fear of how it will be received, that suggests you hold doubts about how honestly or arduously you have held yourself to your principles.

In my view, whatever you believe to be right or wrong in this debate, if you as a Freemason believe it, you should be very comfortable being scrutinized. In any case, the day has come, for better or for worse, in which such debates will end up going before the court of public opinion. Let there be light. 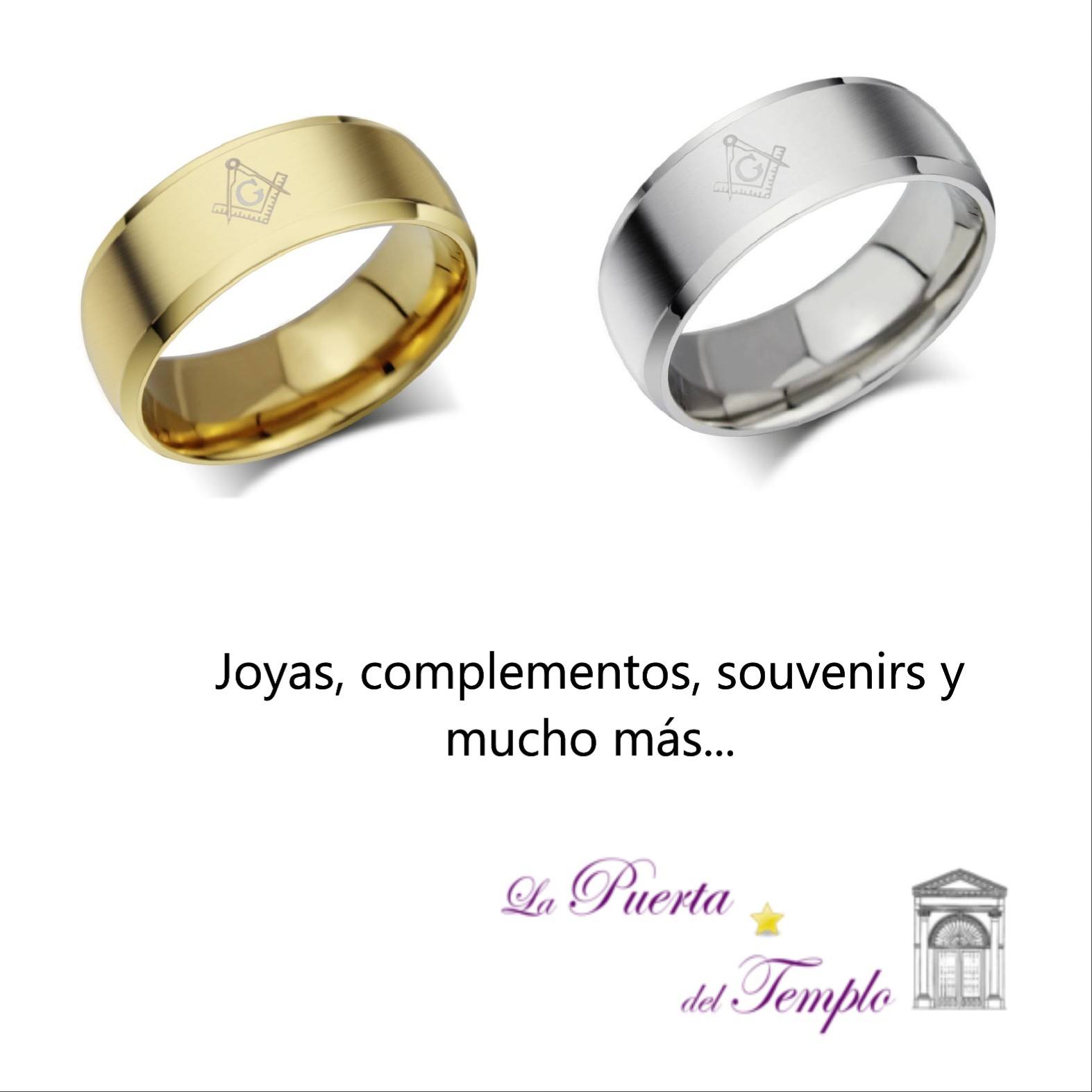